A little boy asked his mother, “Why are you crying?”
“Because I’m a woman,” she told him.
“I don’t understand,” he said.
His Mom just hugged him and said, “And you never will.”

“All women cry for no reason,” was all his dad could say.
The little boy grew up and became a man, still wondering why women cry.
Then, he put in a call to a Priest .
When the Priest got on the phone, he asked, “Why do women cry so easily?”
Priest said:
“When GOD made the woman she had to be special.
He made her shoulders strong enough to carry the weight of the world,
yet gentle enough to give comfort.
HE gave her an inner strength to endure childbirth and the rejection that many
times comes from her children.
HE gave her a hardness that allows her to keep going when everyone else gives up,
and take care of her family through sickness and fatigue without complaining.
HE gave her the sensitivity to love her children under any and all circumstances,
even when her child has hurt her very badly.
HE gave her strength to carry her husband through his faults and fashioned her
from his rib to protect his heart.
HE gave her wisdom to know that a good husband never hurts his wife,
but sometimes tests her strengths and her resolve to stand beside him unfaltering.
HE gave her a tear to shed. This is hers exclusively to use whenever it is needed.”

What Makes a Woman Beautiful ?

her lips for truth

her voice for kindness

her ears for compassion

her hands for charity

her heart for love

Indeed, women were created from a rib. Actually the most crooked part of the rib is the top.
If you want to straighten it, you’ll break it. And if you want to have fun with her,
you can have fun but in her there is bent.”
(Narrated by Al-Bukhari and Muslim)

This issue specifically addressed by the Prophet.
Because in the eyes of Allah women is equal to men in terms of faith.
Women were created from a bent rib, it does not mean that she is bent (ugly).
It’s just a matter of function, where men and women have their own functions.

Let’s look at the shape of a crooked rib, it serves as the framework that make body strength.
So she was also a part that can build and uphold life. Many of soft organs protected by the crooked rib.
As with women, she could take care her children and family’s life.
Crooked is not a form of weakness of women, therefore the Prophet said to counsel women on good terms.
It’s to keep the female psyche for not be broke, so she can execute her primary function
as a mother, wife, as well as her own.

Since the women’s task was given by Allah, therefore He has given the strength to them.
One clear example is the pain during giving birth, it’s an extraordinary power given
by God to women as the hereditary successor.
A good child born from the greatness of a mother who cares and raise them.
Behind the success of a husband, there is a great wife who accompanied and support him.
If women are treated well, then her soul awakened to compassion and patience.
Love and affection all the time in assisting children and their families without feeling hurt or disappointed.

when she planted the seeds

I was also here

when she provided fertilizer to the growing trees

I was hanging around

when she watching the flower buds begin to appear

and now I am here

to sprinkle on her grave

I believe she would be happy

sleeping under a sprinkling of

which could not be seen

END_OF_DOCUMENT_TOKEN_TO_BE_REPLACED

you suckle at my breasts

you fall asleep in my lap

you cry in my arms

you sick I awake

Your wish is my prayer

your trouble is in my mind

my face lines carved by your tears

my tears to pay your suffering

I hide my misery

but keeping you happy

I sacrifice my hopes

but lash your spirit

not a cent in return

you are not aware yet

I believe you will…, one day

the time you became as me

the time you became a mother

at that time you will understand

of being a mother

END_OF_DOCUMENT_TOKEN_TO_BE_REPLACED 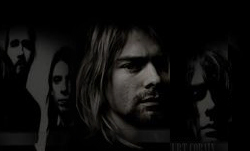 I liked your eyes
honest and full of love

I liked your voice
heavy and dignified

I liked your smile
sweet and sincere

I liked when you are walking
manly and full of confidence

now where is the fruit and the rope?
is it vanished along with love?
then what am I

If I could choose
I’d rather not to be born

though your traces
fade away
no residual
no record

sometimes please me
also irritates me

sometimes I want to be with
also want to leave

standing in front of the mirror
noticing my face started to wrinkled
oh…., I am getting older
along with time
t i m e
could you stop for a while
then I could delay
the spreading wrinkles
but,
it won’t stop
it doesn’t care
it doesn’t understand
it just keep on running
while wrinkles keep on spreading
hmmm….,
let’s forget the wrinkles
please just stop
although only for a moment
I need to take a breath
to put  some make-up to thinning of the wrinkles

You look at me with those daunting eyes

As if wanting to swallow

The words sharp as  a knife

As its slicing through myself

I can feel the pain

The feeling is too strong

I want to run away but couldn’t

My legs are embedded

In the feeling of love

Which no longer able to distinguish

The wound is starting to fade

And the feeling is still there

I slowly sewing the tearing wound

Fix it  so as not too painful

You come back with the same sharp knife

And stab it on my sewing wound

Too pain to say

Then run away from you

She moves  slow in the crowd
People grumbling about her
why …., what’s the matter?
she doesn’t understand
that she is the barrier

look in the mirror
trying to find wrong
nothing ….but wrinkles and gray hair
shaky hands with appearing veins

re look into the mirror
staring eyes to eyes
try to believe what she saw
but still confusing
“Grandma” a little girl approaching
She looks at her,  smiling with doubt

again look in the mirror
she just realized, time has changed her
She takes the little girl on her lap
whispered, you are the fact of my life
The evidence of sixty-four year journey of my life

gathering..,  ongoing time filled  with
snacking,  drinking,  smoking,  joking,
laughing, get drunk, dawn is coming
getting tired, all sleep, then
morning arrived,
and night
passed
filled
with
joy
and
familiarity
everyone was happy
friend in need is friend in deed?

that beautiful face
carved by wrinkles of pain
her enchanting smile vanished
change to groans
those beautiful brown eyes
planted of suffering
she
sometime conscious
of the heavy suffer
but it’s not enough
to make as reason
nor to decline
or discouraging spirit
like a whip plash
lash to keep moving
keep continued
fighting and struggling
against the pain
even it’s the last chance
still has to be reached
then she try again
with her last strength
suddenly just stop
weakly eyes tearing
seems  she realized
the battle cannot be won
in despair feel no pain
distance……, breaths
weakly breath
silence surrounding
I have no heart to tell
But it should be told
my friend you tried so hard
with no regret no doubt
but
if you have to …., please go
the angels will be by your side
taken you in rest and peace
till we meet again
good-bye best friend…..good bye

at the time you came to me
seems something you wanna say
struggling to be expressed
but no words spoken
then you look around
don’t understand what is happening
and again…, try
still nothing appears
you crouched in despair
venting with eyes teary

when I look at your face,   then I see your eyes
I knew there was so much you want to say
but still can’t
heart feel like slicing
the world seems falling too hurt to believe
my dear little angel
you’re too innocent to understand
your deaf is my pain
your mute is my wound
and your misery will always be mine too